Protected: Lesson 6.b: the feather stitch

Protected: Lesson 6.a: the chain stitch

Dance the Ragtime along the Boardwalk

Isn’t that amazing that Boardwalk Empire started just a little while after Ragtime ? 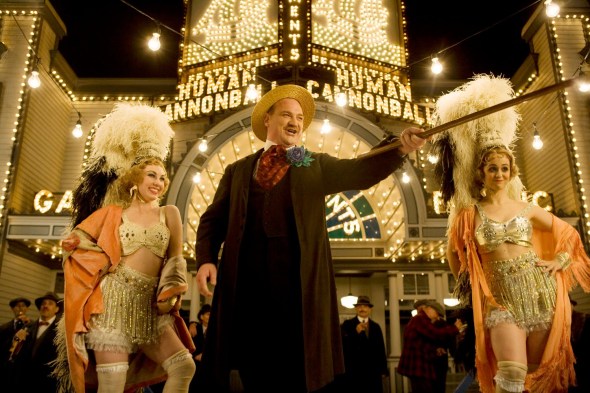 I just read an interview of John Dunn, responsible of the costumes on the show.
Here a a few extracts of the interview, Ragtime related :

Are you dreaming about 1920s fashion?

I thought I would really be tired of it after a season, but I can’t wait to go back. It was such an interesting period because for women’s fashion in particular, it’s the first time we’re seeing what we know as the modern silhouette. Chanel had begun designing. The corset had not disappeared but it was being minimized. It was basically being used as a slimmer. Women had just recently started wearing bras and [panties] as underwear. Prior to that, it was bloomers and little chemises with the corset.

So you’re making bras, too?

Oh, yeah. We make everything — we do! The bras at that point had almost no shaping to them whatsoever. They really were pretty, much like a cotton bandeau, which was new and freeing but on the other hand, it wasn’t necessarily the most flattering shape for all figures.

Exactly. They let go of everything and they said, “We’re free!” And they went, “Oops!”

It’s lucky you have nubile young actresses in the cast.

It’s true! When the women went out, they were still wearing corsets, but when they went to, say, a jazz club or somewhere they were going to dance, everyone would retire to the ladies room and they would take their corsets off, go out and dance — shimmy, shake — and then at the end of the night, everybody would collect their corsets.

It’s like picking up the wrong umbrella — who has my corset? I love it.

This was a shocking thing to learn, too: In Atlantic City, they used to rent bathing suits. Ewww. A wool bathing suit? Thank you — no. 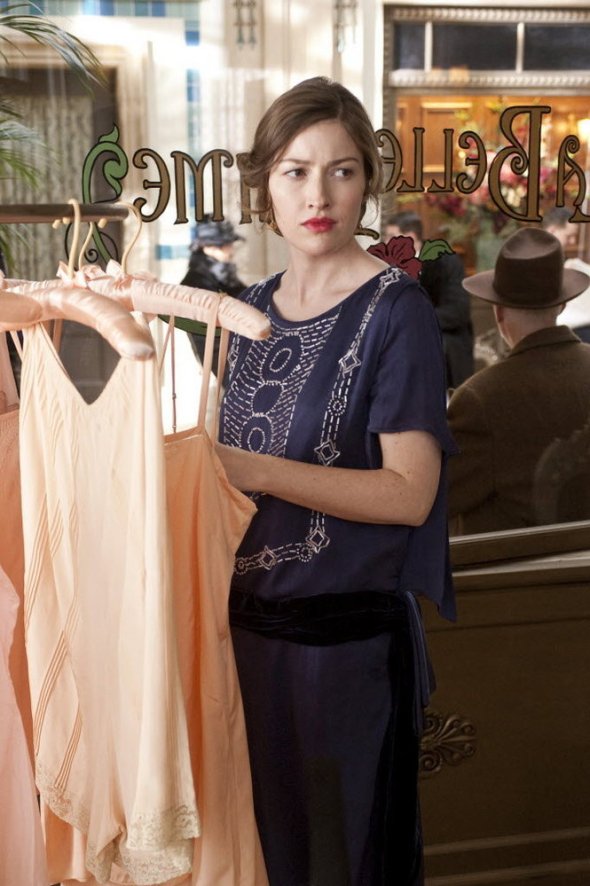 And look at that ! A photoshoot on the beach, too ! Hello, little shorts ! 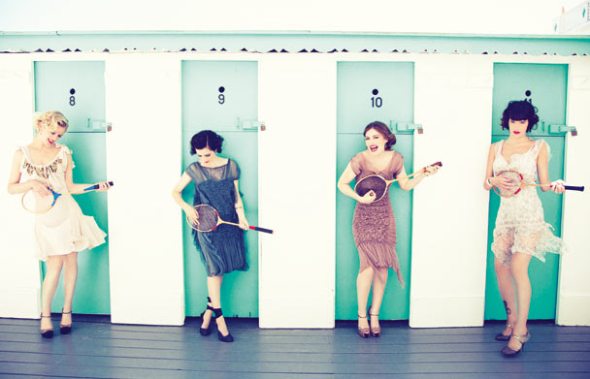 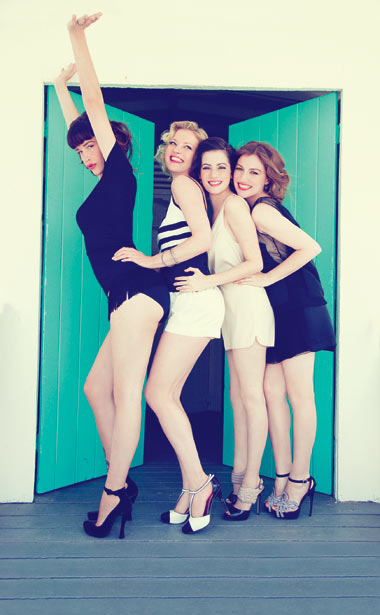 Being in France I still haven’t seen this serie, and I’m not even convinced I’ll like it …
But I sure like the costumes ! 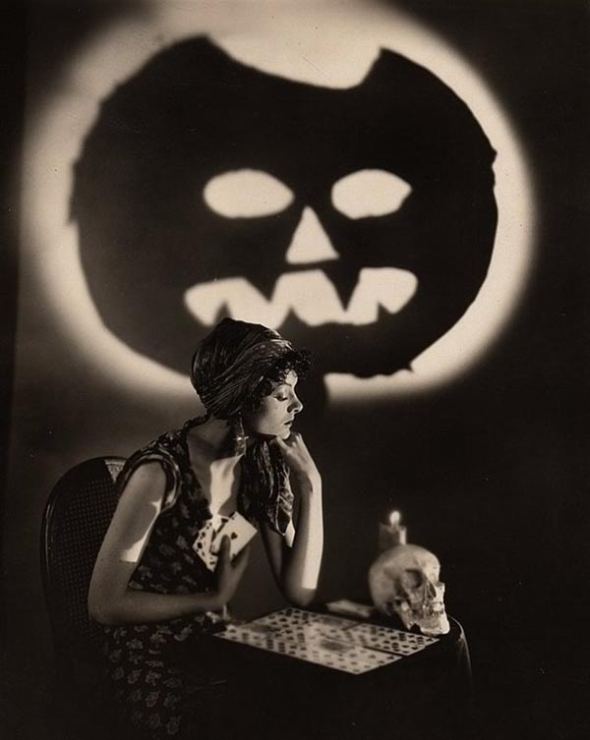 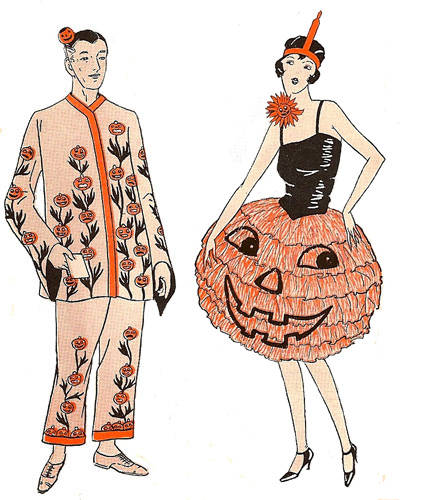 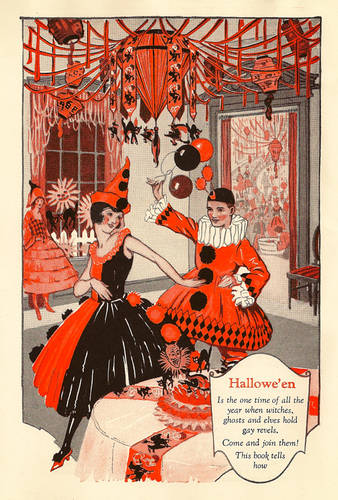 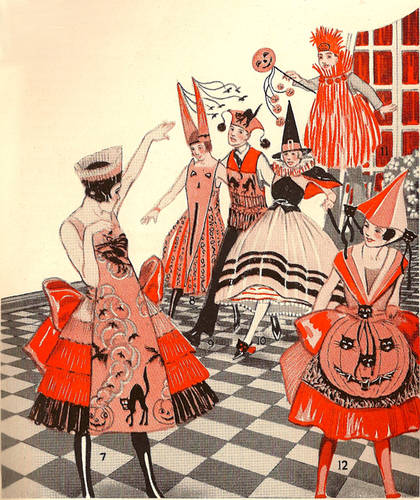 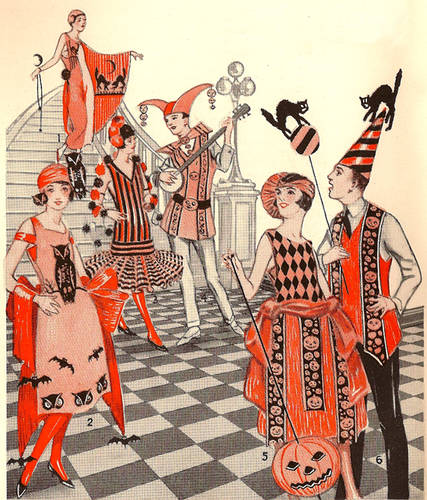 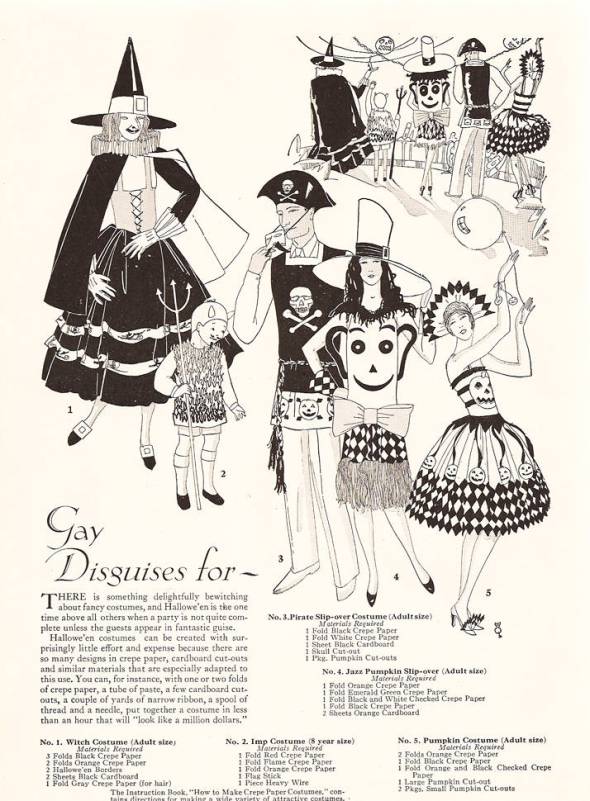 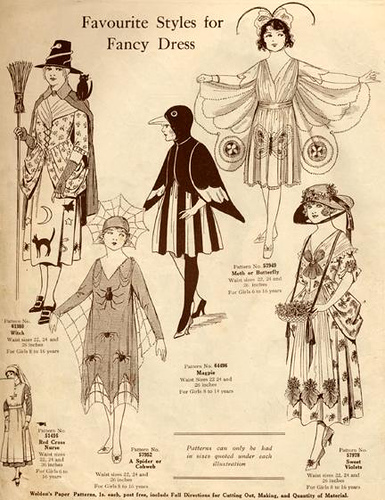 Celebrate it the Flapper way : with lots of orange, pumpkins
and the most ridiculous head-pieces possible !

Erm, are we in total sync or … are we ?
I mean, isn’t that mind blowing ? Fonts, colours … We sure do belong to the same club, one can tell ! 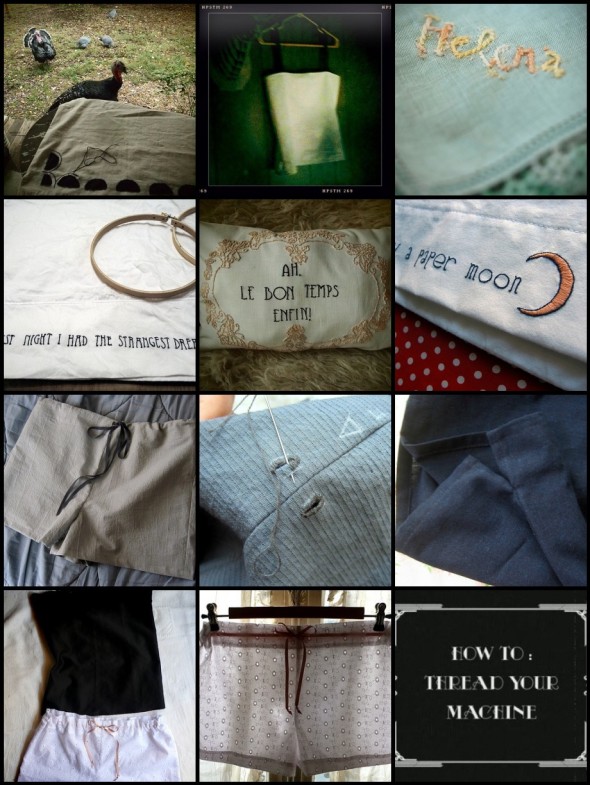 But all this didn’t happen in one night … We’ve all been working our magic ! 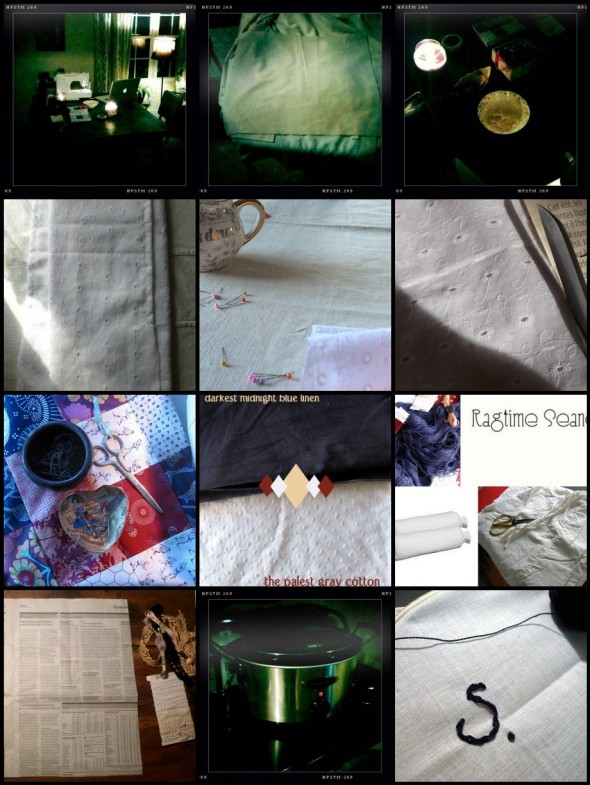 I think we are quite the Flap Pack, Flappettes !

After a few little potholes along the road (my bad !) we have completed our Flapper’s Night Set …
and are now going to embellish it with Drucilla ! 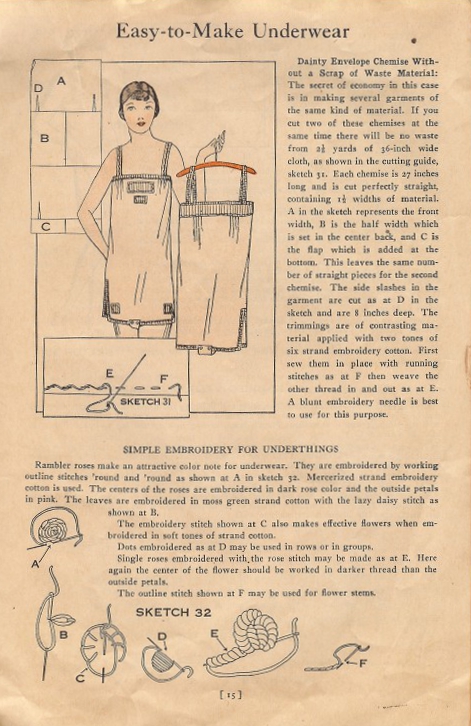 I love the sense of accomplishment I feel every time I finish my own little garment piece.
I find it even more thrilling than any other item …
And I can’t wait to see how unique they will look when Drucilla will teach us her magic !

I’m pretty sure that with such an atire we’ll soon be ready to jump directly from our comfy beds to the scene of the fanciest Cabaret ! 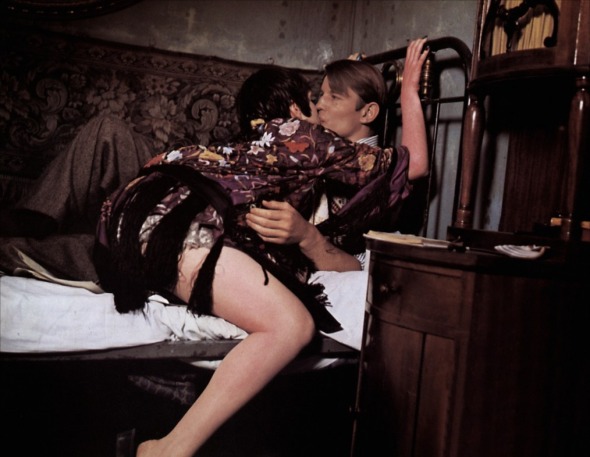 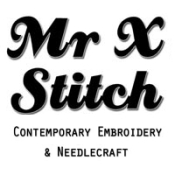 ✄
Create a free website or blog at WordPress.com.